Demonstrators are in the streets of Philadelphia again tonight, a day after city police shot and killed a Black man named Walter Wallace. The family says Wallace was having a mental breakdown when they called 911 for help. There are still a lot of questions about what happened. And Nina Feldman of member station WHYY is here to help us parse what we know and what we don't.

SHAPIRO: So, as I said, this began with a 911 call. What can you tell us about that call and what led to it?

FELDMAN: We learned some new information on the timeline of events from the Wallace family, who addressed the press outside of their home in West Philly this evening. They said that the police had actually been at their house twice already on Monday afternoon. Neighbors called initially in response to Wallace having some sort of mental health crisis. But the family deescalated it twice, and the police left. The third call, which resulted in Wallace being shot, came from Wallace's brother, who specifically called 911 to request an ambulance. And instead, the police showed up.

SHAPIRO: And what happened after the family called for an ambulance and police showed up?

FELDMAN: The most that we know from that period is from bystander video. And what you can see in the video is Wallace's mother sort of shielding his (ph) son as he kind of runs around in the street, ducking a little bit in between cars. He does have a knife in his hand. And as he moves into the street, that is when the two police officers opened fire. And they shot him each with seven rounds. One officer took him to the hospital afterwards, where he died. And both officers are currently on desk duty, so they're off the street.

SHAPIRO: What have the police said about the shooting?

FELDMAN: Not that much yet - Philadelphia Police Commissioner Danielle Outlaw said earlier this afternoon that she's still deciding about when and whether to release the body cam footage that the police officers were both equipped with. She said a lot hinges on how much these officers knew about Wallace's mental health condition when they were deployed and when they arrived on scene. And the Wallaces' family lawyer this evening really made the case that the police officers should have known. They had already been there twice. They should have been trained. And, you know, he really laid out the case that they should have already known this.

UNIDENTIFIED PERSON: And I find it extremely, extremely - it's emotionally taxing to think about how you could call for assistance and wind up with the people who you called killing you. I can't even conceive the concept.

SHAPIRO: And meanwhile, what's happening in the streets tonight?

FELDMAN: Yeah, there's a second night of protests underway in response to Wallace's death. Last night, 91 people were arrested; 30 police were injured. According to police reports, a squad car was lit on fire. And it looks from the start of things tonight that the numbers are larger and tensions are higher. We've had reports that the National Guard is going to be sent in at some point tomorrow or possibly the next day, so I think people are on edge, and people are angry.

SHAPIRO: Have city leaders said anything about this shooting?

FELDMAN: Yes. Mayor Jim Kenney spoke this afternoon and expressed his condolences. You have city council members who are condemning the actions of the police. I think in a lot of ways, the city is grieving. Although, you've also had those leaders condemning violence and looting as a form of protest, so you sort of have those comments coming in from all angles. 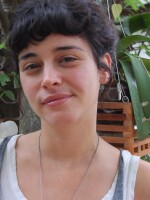 Nina Feldman
Nina Feldman is an independent producer based in New Orleans. She produces feature news stories for WWNO and her work has appeared on The World, Latino USA, NPR's The Salt, State of the Re:Union among others. She is also the founder and emcee of New Orleans Ladies Arm Wrestling, or NO LAW.
Latest Stories