In Brazil's presidential elections, the liberal challenger known as Lula narrowly defeated right-wing incumbent President Jair Bolsonaro, capping a stunning turnaround for a man who just three years ago was in jail.

But in Miami, it’s estimated that expats came out overwhelmingly for Bolsonaro in the fiercely-fought run-off vote.

Lula and his leftist Workers Party are widely unpopular among Brazilians in South Florida. Of those who did vote for him at the Kendall polling station, many said they were voting more against Bolsonaro. They felt the current president’s ultra-conservative policies seriously damaged Brazil’s Amazon rainforest, its democratic institutions – and especially its response to the COVID-19 pandemic.

"Brazil had one of the highest fatality rates during the pandemic. Bolsonaro called COVID a flu. So his policies were really disastrous. Hopefully the country will get back on track," said João Pires, a financial manager in Deerfield Beach.

But Lula secured his third presidential term with a slender margin — less than 2 percentage points. Bolsonaro did better than expected, while his Partido Liberal party won the most seats in both chambers of Brazil’s Congress as well as taking several state governorships.

"Brazil will turn into a Venezuela, Cuba and North Korea," she warned, echoing rightwing views familiar in South Florida politics. She insisted Bolsonaro would keep Brazil from “becoming socialist or communist."

Lula had been in prison on corruption charges until a judge overturned his conviction last year ruling the cases against him were biased.

As of Tuesday morning, Bolsonaro had yet to concede his loss. He was reportedly due to make a statement in the afternoon, after growing pressure.

But world leaders including President Joe Biden were quick to send Lula congratulatory messages, in what many believe are moves to legitimize the win. Bolsonaro had previously indicated he would not accept the result of the vote if he were to lose. 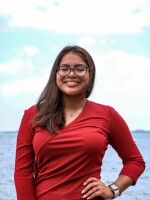