News
Americas
Brazilian investors buy Miami real estate. Haitian earthquake survivors attend South Florida schools. It's clear what happens in Latin America and the Caribbean has a profound effect on South Florida.WLRN’s coverage of the region is headed by Americas editor Tim Padgett, a 23-year veteran of TIME and Newsweek magazines.He joins a team of reporters and editors at the Miami Herald, El Nuevo Herald and NPR to cover a region whose cultural wealth, environmental complexity, vast agricultural output and massive oil reserves offer no shortage of important and fascinating stories to tell.

Cuba Moves Ahead With Home Internet Project – But Will It Expand?

Only 5 percent of Cuba’s population has home Internet access. It’s one of the world’s lowest connectivity rates – but the island’s communist government may finally be moving this week to rectify that.

If you see crowds of people in Cuban parks or street corners, chances are they’re at a WiFi hot spot. Those are government-designated areas where folks can connect to the Internet – if they can pay the five bucks it costs to get online for an hour.

That’s how 95 percent of Cubans get wired – and they hate it. So this week the government will start a pilot project giving 2,000 households in Havana’s historic center free Internet access for two months. After that they’ll have to pay for it. Still, most Cubans say it’s an encouraging sign.

“It’s all good, as long as they hurry up and expand it everywhere on the island," says Javier Puig, who runs his own software business in Havana – but not in the historic center.

But that’s the big question. Is this the start of the communist government’s pledge to get half of Cuba’s population online by 2020? Or is this just a limited gesture by a regime that still fears giving Cubans such a powerful information tool? 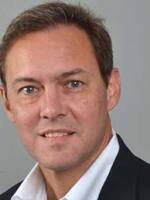