Venezuelan opposition leader Leopoldo López, who's seen as a symbol of anti-government protests, has been released from prison and put under house arrest, the country’s Supreme Court confirmed Saturday.

López has been in jail since 2014 serving a 13-year sentence for his role in widespread protests that same year that claimed more than 40 lives. Human rights groups said the closed-door trial was a sham.

In a brief statement, Venezuela’s Supreme Court said it had decided to transfer López after detecting “irregularities” in his case and due to “information received about the health of the political leader.”

“Leopoldo López is at home in Caracas with Lilian and his children,” Cremada wrote on Twitter. “He’s still not free, he’s under house arrest. They moved him this morning.”

In previous weeks, López had said he would not accept house arrest until all the other political prisoners had been released.

Read more at our news partner, the Miami Herald. 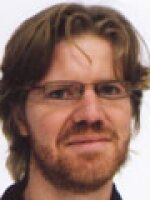 Jim Wyss
Jim Wyss is the South America bureau chief for The Miami Herald. He has a master of science degree from the Columbia University Graduate School of Journalism and a bachelor of arts degree from American University in journalism and Spanish. He lives in Bogota, Colombia.
See stories by Jim Wyss
Latest Stories
Related Content