ShareTweetEmail
Listen
Listening...
/
Hear the audio version of this story.

Law enforcement officers in Florida can take money or property from a person if they believe it’s related to criminal activity. This includes cash or vehicles acquired during drug deals. It’s called civil-asset forfeiture. But advocates say some officers take advantage of this state law. One Republican state lawmaker wants to change it.

Luis Felipe Ospina Garrido frequently traveled from Bogota, Colombia to Miami with more than $100,000 cash, usually in euros. He ran a family business with that money, buying cellphones in Miami and re-selling them to Colombians.

He always declared his money upon arrival at the airport. But on one of Garrido’s trips in 2012, U.S Customs in Miami red-flagged his cash. His lawyer Juan Berrio said it was because the 100,000 euros were in bundles of 500 euro bank notes. 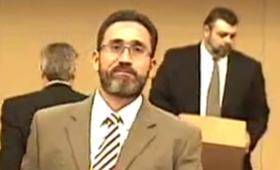 "They were saying that those 500 euro notes are normally used by drug dealers and drug traffickers to move money across borders and money launderers," said Berrio.

The U.S. Attorney’s Office decided not to take action. But the Miami-Dade Police Department did under the Florida Contraband Forfeiture Act.

"They seized the money and they attempted to forfeit the money, saying that he was committing some type of bank fraud," said Berrio.

Eventually, a circuit court judge gave Garrido his money back… nine months later. But by then, it was too late. Berrio said Garrido’s business failed because that was all the cash he had.

"And he had to terminate several of his employees. He had to go and find a job. He told me he was in therapy as well because his business has fallen apart-- his livelihood had fallen apart," said Berrio.

Berrio asked the police department for all its documents on Garrido’s case. That’s when he found out the Miami-Dade Police Department knew  just days after seizing the money that Garrido’s business was legitimate. But the department continued to fight for his money.

Garrido took the police department to court for attorney’s fees and damages. He got them. And the Miami-Dade Police Department got a tongue-lashing from Judge Barbara Lagoa of the Florida Third District Court of Appeal. 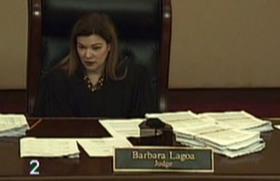 "How can you justify holding and taking someone's money when they have a legitimate business purpose for having the money?" Judge Lagoa asked the department during an appellate hearing. "Maybe it was suspicious when it came in but he declared it. At some point, you just cannot be an ostrich and hide your head in the sand."

Watch the video below to view the Florida Third District Court of Appeal hearing:

It’s cases like Garrido’s that inspired state Sen. Jeff Brandes, R- St. Petersburg, to file a bill limiting police access to people’s property. Brandes said the current law is too easy to abuse. He plans to present a 2015 Office of Program Policy Analysis and Government Accountability report to the Florida Legislature that recommends changes to the state's civil-asset forfeiture law.

Right now, the police can seize property if they believe it’s involved in a crime. Brandes’ bill says officers should only take property or money if there is an arrest. And they would need a conviction to keep it. 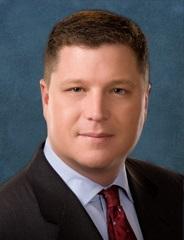 "You can’t seize people's property without having enough evidence to charge them with the crime," said Brandes.

Florida received a D+ grade for its civil forfeiture law in 2015 from the nonprofit law firm Institute for Justice.

Currently, when state law enforcement takes property, police don’t even have to register their seizures and forfeitures.

Brandes wants to change that, too.

"Most Floridians would be shocked to know that this is occurring in their state-- that the law enforcement can actually do this," he said. 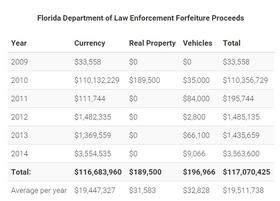 But Pinellas County Sheriff Bob Gualtieri said Brandes’ bill would make it harder for police to do their job. Gualtieri is Legislative Chair for the Florida Sheriff's Association.

"It really hinders effective law enforcement to require a criminal conviction when there already is a very heavy standard that has to be proven in order for it to be forfeited," said Gualtieri. 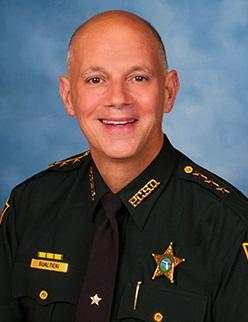 He said this bill would allow criminals like drug dealers to stash away their money or property while awaiting a criminal conviction.

"Somebody could amass wealth," said Gualtieri. "They could amass property, they could amass boats and money and cars and all kinds of stuff that was the proceeds from illegal activity. And could mean that they get to keep it all."

Gualtieri said he will work with Brandes and the state Legislature this coming session. And Senator Brandes said he’ll listen to law enforcement’s advice on this issue. But he said it’s ultimately up to the Legislature to review policies and to better protect Floridians.

Thirty-five years ago, Miami's Liberty City was smoldering -- flames leapt from the shells of cars while people looted businesses.

Eighteen people died, and more than $100 million worth of property was destroyed.

The McDuffie Riots were more violent than what happened in Baltimore and Ferguson, but there are lots of similarities.

Veterans Use Law Enforcement Jobs To Transition Into Civilian Life

About 60 employers came out to the fair, bringing hundreds of jobs with them. Among the hiring companies were Starbucks, Lowes Home Improvement and Publix Supermarket.

Update: Due to many calls and comments, this entire edition of the Florida Roundup discussed renewed police scrutiny.

South Florida demonstrators marched against police-related violence last weekend. More protests are planned after a street artist died running from police and getting hit by an unmarked Miami squad car.

President Obama is asking for a review of a government program that has been arming thousands of police departments nationwide -- including a number of South Florida forces -- with old military weapons and equipment.

An investigation by Daniel Rivero, a producer at Fusion in Doral, has found roughly 18,000 departments in the U.S. have registered for the hardware and about 8,000 have received it already.