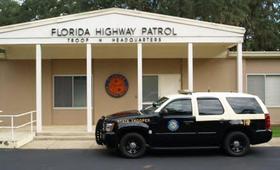 “I just asked some troopers—hey do you have quotas?" Bondi said during the Cabinet meeting.  "And [they said] absolutely not, without hesitation."

"Stupid statement," Bondi said of the major's quota email.  "That’s the only way to describe what that person said.”

Highway Patrol Zeroes In On "Hit and Run" Drivers

The Florida Highway Patrol says there were more than 100,000 hit and run crashes in the state last year alone.  That left more than 1,200 people seriously hurt.  Among them, a 13-year-old boy, from eastern Hillsborough County whose injuries will heal, but the driver who struck him is still on the loose. Highway Patrol Sergeant Steve Gaskins says people drive off for any number of reasons.