A Latino Family Shares Their Struggles With Learning English

In a ranch-style house in Town 'n Country, the Ruiz family converses over arroz con pollo in Spanish about the struggles of learning English.

The Venezuelan-Colombian family is a blend of native English speakers and Spanish speakers trying to learn or perfect the English language.

Family matriarch, Ligia Zarate, is 71 and has a great fear of learning the language, even though she has a desire to learn it. 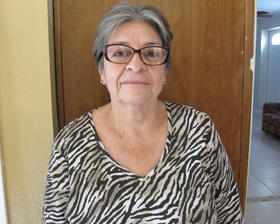 “I’m afraid that I don’t learn anything,” her daughter Carolina translates for her. “That I can’t learn.”

She moved to Tampa three years ago from Colombia to be closer to Carolina and her grandson, Johan.

She's not alone in her fear of learning to speak English though. According a study by the Pew Research Center, 21 percent of Hispanics 65 years or older don’t speak English at all in the U.S.

When she has to run an errand, Zarate depends on Johan to be her translator.

“When we're going to the supermarket, I help her,” he said. “I’ll tell her like, ‘Oh, do you want to buy this?’ and she's like, ‘Yes,’ so then I tell them what she wants to buy in English because she only speaks Spanish.”

If she’s out somewhere alone, Zarate will use another form of communication.

“If I’m in a place where nobody speaks Spanish or I don’t speak English, so I try to make people understand me, by movements or signals,” she said through her translator.

Carolina, 37, empathizes with her mother. She was fearful of speaking when she moved to the States from Colombia in 1995. 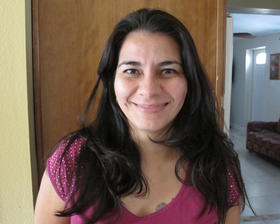 “I was very afraid to speak,” she said. “I knew how to write, I understood reading, but speaking is very hard for me because of my pronunciation and everything.”

When she moved to Tampa, Carolina essentially became the family translator.

It wasn’t until she was passed over for a job that she realized she needed to master the language.

“I wanted to work in a place, you know, they need people who speaks fluent English,” she said. “Sometimes when you don’t sound as good, they think that you don’t know or that you don’t understand.”

So she enrolled in the English for Academic Purposes program at Hillsborough Community College. Now when she’s home, she'll practice English with her son, and her nephew.

Andres Ruiz, 17, has studied English his entire life in Venezuela. Nothing prepared him for conversational English when he arrived to Tampa 10 months ago. 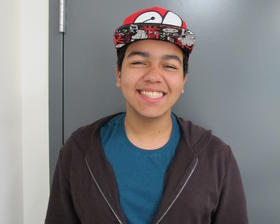 He also empathizes with Zarate’s fear to learn English, especially with the difference in age.

“Maybe it's hard to try and change your way of talking after so many years,” he said.

He said the reason the majority of Hispanics don’t want to speak English is because of the fear of being mocked or laughed at.

“The scary part of getting to this country is when people laugh when you are saying something,” he said. “I can say 90 percent of the Spanish speaking would be scared of speaking because of that thing.”

Zarate doesn't want to give up trying to learn English though. She plans to become a U.S. citizen in the next two years and it is one of the requirements for the test.

Maritza Chinea-Thornberry, 60, teaches Spanish at the University of South Florida. She’s a native Spanish speaker, from Puerto Rico, and said she completely understands why older adults are resistant to learning English. 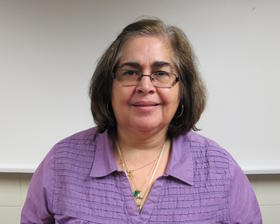 “If I could speak Spanish my whole life in here, I would speak Spanish,” she said. “It's the easiest language that comes to you, it's what you grew up with and English it's not that easy, pronunciation wise it's not.”

“Now I understand that if you want to learn any language you need to practice it,” she said. “If you don’t practice it, you will never learn it or master it."

Most of the students at Royal Palm Elementary in Miami have Spanish-speaking families.

But those families also want their kids to speak – and read and write – more Spanish in school.

So teacher Alexandra Martin is leading her first grade class through “Vamos Papa,” with each child reading a passage from the Spanish language story. Martin helps students through proper pronunciation and words they stumble on.

This is the Miami-Dade public schools’ extended foreign language program, or EFL

In Immokalee, Parents Promise To Speak Spanish With Their Children

To get into Florida colleges and universities you have to have studied — or be able to speak — a second language. But Florida students don’t have to take foreign language classes to graduate from high school.

So in a part of the state where most families already speak a second language, Immokalee Community School is leaning on parents to make sure their children stay bilingual. As a condition of their children attending the school, every parent has signed a contract to speak Spanish with their kids for at least 30 minutes a day, most days of the week.