Proposed FDOC Budget Cut Would Drop Visitation Days in Half 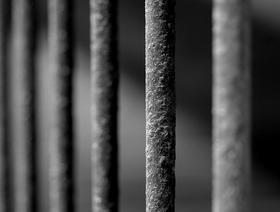 Florida’s 98,000 incarcerated citizens had a voice today at the Florida Department of Corrections public hearing. Prisoner support groups gathered for three hours to implore the department to reconsider a proposed visitation policy change.

Mothers, fathers, family members, and inmate advocates took turns at the podium speaking against the new Visitation Schedule proposed by the DOC. Instead of every weekend, visitation would be reduced to every other weekend. The FDOC says this change is due to short staffing. Kyle Williford, Director of Incarcerated Relations at the Campaign for Prison Reform, argues the department seeks to make a profit.

“The bottom line is numbers; it’s not humanity.”

A Florida-based publisher of a magazine written by inmates lost a federal appeal of a freedom of speech case against the Florida Department of Corrections, which has barred the magazine from state correctional facilities.

Prison Legal News, based in Lake Worth, is distributed and read in state prisons in all 49 other states, leaving its home state as the only exception. The original case against the state was filed in 2004, and has since wound its way through the courts.

A package of contraband covered in grass clippings that was dropped by a drone at a Panhandle prison is one of the most recent examples of inmates using advanced technology to smuggle illegal items behind prison walls.