Flip The Script: The Past And Present Of North Miami Senior High School

Fifty years ago, North Miami Senior High School students lived in neighborhoods where most kept their doors unlocked at night. They say they felt safe riding their bicycles throughout town – some streets weren’t even paved. Today, many students at the school say they don’t feel safe in their school or their neighborhoods.

North Miami Senior High’s demographics have also changed. In 1960, the segregated school was all white. Today, most students are of Haitian descent. According to the school, 31 out of 2,700 students are white.

When WLRN’s Ted Grossman, a 1960 graduate of the school, attended his 50-year reunion in 2010, he interviewed other alumni about what it was like growing up in North Miami during that time. Under the Sun’s Trina Sargalski spoke with current North Miami High School students Iyanna Pierre-Louis, Dwinie Teresa Belladent, Anne Noel and Duval Hyppolite. They interviewed each other and other students about what life is like today in North Miami. 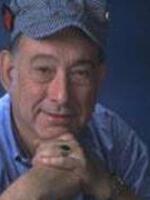 Ted Grossman
Every Sunday evening from 8 to midnight, Ted Grossman hosts one of WLRN's most distinctive programs, Night Train. Since 1977, Ted has devoted himself to collecting and popularizing the jazz and big band music of the '30's and 40's. Over the past twenty years, he has accumulated an enviable collection of vintage performances including WWII recordings, Glen Miller concerts and Armed Forces Radio Services broadcasts. Listeners can tune in to Night Train each week to hear performances by the artists and ensembles that shaped jazz along with Ted's anecdotes and knowledgeable commentary. But Ted's musical interests don't end there. You will also find him playing selections from classic modern recordings.
See stories by Ted Grossman

Alicia Zuckerman
Alicia Zuckerman has loved audio since she was a kid listening to comedy albums and call-in radio advice shows she probably shouldn't have been listening to. She is Editorial Director at WLRN where she edits narrative and investigative audio journalism. She routinely reminds reporters to find and make moments of joy, which is how she learned you can grow mangoes on a balcony, and about the popularity of Manischewitz in the Caribbean. In 2020, she was named Editor of the Year by the Society of Professional Journalists Florida chapter.
See stories by Alicia Zuckerman
Latest Stories