Binsen Gonzalez almost left Miami, but he received funding for his idea just in time.

“I was about to leave for San Francisco because I felt like there wasn’t something right for me. And then one of my mentors was like if you don’t see it, make it happen.”

It's a website and a branding non profit agency where, Gonzalez says, the bottom line is social good.

“Our biggest mission for Our City Thoughts is really to redefine Miami.”

The website will feature videos and stories about Miami-Dade County Millennials, young people working to improve the community.

Gonzalez counts himself as one of them. He grew up in Miami since age 3, and wants to rebrand his community.

Listen to his story above. 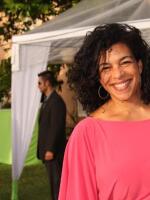