Last year, the Greater Tampa Chamber of Commerce asked him to join BayCare Health System President Steve Mason at a meeting with legislators and lobby to expand the state’s health insurance program for the poor.

“I can tell you from a meeting I was in less than a year ago, the answer at that time was absolutely no,” he said. “This is not going to be on the agenda. I’m looking at Steve Mason…it was no, it’s not going to be on the agenda, said Harden, president and CEO of Creative Sign Designs. “And now the thought that in two months, there’s that kind of momentum, says that as a business community and the leaders that we are, we can do things.”

When the Legislature gets underway next month, it will be the third year in a row leaders will be asked to offer health insurance to millions of Floridians. And Harden says he is willing to try, despite these words a week ago from House Speaker Steve Crisafulli.

Harden, a board member at the Greater Tampa Chamber of Commerce, is part of a growing business coalition tired of seeing legislators decline roughly $5 billion in federal money a year for health coverage. The money is tied to Obamacare, anathema to Republican leaders in Florida’s House of Representatives.

Harden said he spent $460,000 for a company health plan last year, but half of his 140 workers declined, telling him they couldn't cover their portion.

Harden says he can’t afford it either. His costs have more than doubled in two years.

“I’m not a political guy I couldn’t tell you necessarily how these programs are going to work and all that kind of stuff. What I know is reality,” he said. “And there’s really nothing I can do to really reduce that cost.”

This frustration in the business community has bubbled up since the Affordable Care Act passed in 2010, says Bruce Rueben, president of the Florida Hospital Association. He says people who can’t afford insurance end up in emergency rooms. Unpaid bills get absorbed by others, including employers. 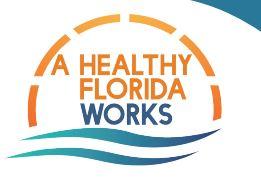 “The basic problem here is that we've got millions of people in the state with no health insurance. And that’s the first step in getting control over health care costs,” he said. “Right now, the cost of their health care is spread out to the rest of us, and it’s negotiated by every individual hospital and physician and caregiver with their insurance plan.”

Anne Drake McMullen, vice chair of the St. Petersburg Chamber of Commerce, adds that the state is refusing money that stems from federal taxes Florida residents and businesses already have paid.

"So when we don't accept those Medicaid dollars, we're now a donor state. We're giving our money away and we're not getting any back in return,’’ said McMullen, executive vice president of business development for Doyle Wealth Management, Inc. “And that was the expectation."

Rueben also said business owners who now want Medicaid to add people near or below the poverty level are more aligned politically with the Republicans behind past refusals.

“They are not saying no to hospitals or to organizations that represent low-income folks. They are having to say no to the very base that they count on to get them elected,” he said. “So that’s a big difference this year versus last year.”

McMullen said lobbying now should focus on business fundamentals: jobs and money. That may get the attention of Gov. Rick Scott, who remains quiet on the issue.

“The governor is all about jobs in this state. That’s all he talks about. So we need to provide more jobs. And we can do that, we can do that is with this Medicaid expansion,” she said. “And that’s a clear message that will resonate with our Legislature.”

The political sway from business could only help a tough economic reality the state is about to face, Rueben said. On June 30, two major federal sources of money for poor and indigent patients is set to expire. The toll could amount to $2.1 billion next year, according to reports from the Community Justice Project, a part of Florida Legal Services.

“The price of just saying no for the governor and the legislature is much higher now than it has been in the past,” he said.

The economic argument could work, said Jay Wolfson, associate vice president of health law and policy at the University of South Florida. But he warned the several hundred business leaders attending the “Cover the Bay” conference to avoid taboo words linked to Obamacare.

"Don’t call it Medicaid expansion. The Legislature likes the idea of doing something creative, that has incentives built in so people take personal responsibility by getting jobs by getting education, that there's some skin in the game for those who are benefiting,” he said. “So call it something else. Don’t use the word Medicaid.”

Rueben says that's what an alternative plan pitched by the powerful Associated Industries of Florida business group does. It argues the state shouldn't hesitate to take federal money that stems from taxes Florida residents and businesses already have paid.

“The plan – A Healthy Florida Works – is the way to go. It is a private sector, market-driven approach that is not traditional Medicaid expansion,” Rueben said. “As much as I wish it wasn’t true, I agree with Dr. Wolfson that the term is a bit toxic in Tallahassee. It would be good to describe it as extending coverage, using federal funds.”

Wolfson is a veteran of Legislative policy fights. He warned business leaders they need to be seen and heard in Tallahassee, not just in a ballroom with colleagues from local business chambers.

"The problem is that you leave this church today, you’re going to be excited for a little while and then many of you are going to lose that enthusiasm,” he said.

“So you have to work with each other, for each other, as a real community to make this happen. It will not happen by itself. And if you wait for it to happen, it’s going to be done to you, rather than for you. It’s your responsibility."

Mary Shedden is a reporter with WUSF in Tampa. WUSF is a partner with Health News Florida, which receives support from the Corporation for Public Broadcasting.

Miami-Dade Superintendent: Get Your Shots (Even Flu)

Miami-Dade County school leaders say they are concerned about a measles outbreak spreading across the country, and they urge parents to vaccinate their children.

Superintendent Alberto Carvalho says vaccinations work, and the district is tracking whether students get their required shots. Carvalho says 98 percent of Miami-Dade students have been vaccinated or are getting the shots now.

Four cases of measles have been identified in Florida in the past two weeks, all of which involve travelers.

Two of the cases diagnosed involved international travelers, and the infected people had unknown or no measles vaccine, State Surgeon General Dr. John Armstrong said in a statement.

The Florida Department of Health reports that so far, no state residents have so far been diagnosed with measles, a disease that is experiencing the second-biggest outbreak in the nation in at least 15 years.

02/03/15 - Antibiotics ushered in a “golden age” of medical marvels.  They often cure life-threatening diseases.  Listen for Tuesday’s Topical Currents, when we discuss the effects of antibiotics—and other factors—which contribute to the loss of the body’s useful bacteria. We’ll chat with Dr. Martin Blaser, who directs the Human Microbiome Program at NYU.

Odalys Arevalo works out of a shopping mall but she doesn't sell clothes or electronics or jewelry. She sells health insurance. And when it comes to the Affordable Care Act, she and her team of 600 brokers sell a lot of it.

Arevalo is co-founder of Sunshine Life and Health Advisors. The idea for the company began in a coffee shop. Operations started with a single mall kiosk and now the firm has eight outlets, including a 24,000 square feet "store" at the Mall of the Americas in Miami-Dade County.