The community center at Wilbur B. Bell Park in West Perrine filled in quickly.

Police have yet to make an arrest in the series of shootings that have taken place across South Miami-Dade in recent weeks — all of them occurring at public housing apartment complexes.

Although none of the shootings have been fatal, at least 9 people have been hospitalized, including four teenagers who were shot in front of their homes in late July.

“It seems like our kids are having active shooter drills if not on a weekly [then] on a daily basis. In their homes, with live gunfire. They feel like it’s a warzone,” Chambliss said.

He agreed with Miami-Dade Police Director Alfredo Ramirez III's analysis that a majority of shootings and other incidents are attributable to youth violence in the area.

Local politicians, police officers and community leaders spoke at the meeting — emphasizing the need for solutions to address the pattern of violence.

“The world stops when this happens in certain communities. In our communities, it happens so much that we’ve become numb to it; we think it’s normal. And then the people in return think that there’s nothing they can do about it.” 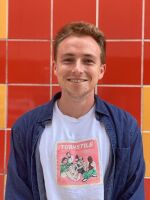