December 6, 2020 Laura Reyes Merino with a story about getting hurt. 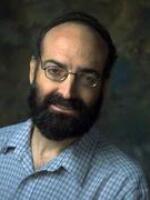