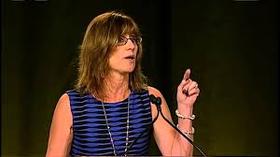 The Florida Education Association’s continued lawsuit against the state’s de-facto school voucher program continues to rile program supporters. But the teacher’s union isn’t backing down until it’s forced to.

Supporters of the Corporate Tax Scholarship program have run ads, and held rallies—urging the teacher’s union to drop its lawsuit against the program giving businesses a tax credit in exchange for donating money to fund private school scholarships. Florida Education Association President Joanne McCall says the group is in the fight for the long run.

“I have no intention of dropping the lawsuit," said McCall. "I know there’s a lot of pressure from the voucher proponents that would like me to drop the lawsuit. I say, let’s see if I have standing,  I have standing let the court decide if I am right or wrong, and that’s moving forward.”

The FEA claims the program is unconstitutional because it steers what would otherwise be considered public money to private groups.  An appeals court is currently weighing whether the union has what’s called “standing” to pursue the case. Meanwhile, the FEA is banking on recently redrawn Senate districts to sway the course of education policy in Florida. McCall says the union will back candidates in the Senate who support the union’s position on issues like public school funding.

“I’m going to be hopeful and optimistic and try to be very strategic in making sure our members vote and get the message out to the candidates who will care about the citizens of this state, and not necessarily about for-profit or vouchers or testing companies or shipping all kinds of money outside the boarders of our state," she said.

The FEA is the largest voting bloc of the AFL-CIO of Florida and that organization has already endorsed candidates in state and local races. McCall says an early legislative priority is getting rid of the state’s Best and Brightest teacher bonus program. It pays teachers up to $10,000 based on SAT scores, but many teachers argue its biased against professionals who are older, minority or foreign born. Lawmakers who support the program say it’s used as an incentive to lure new teachers into the profession. The federal government’s Equal Employment Opportunity Commission is investigating the program.