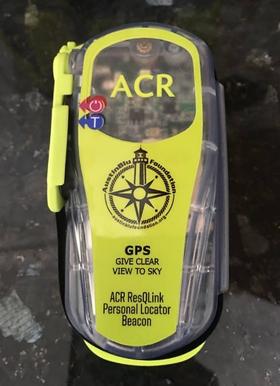 Listen
Listening...
/
Listen to the story!

Blu Stephanos is the father of Austin—one of the two missing teenagers who went fishing in a boat during the Summer of 2015 from the Jupiter Inlet. They’ve never been found.

It’s one of the reasons why Blu started the AustinBlu Foundation, which helps promote boating safety. Blu and his foundation have also advocated on behalf of a bill last year—now law—to reduce the registration fees for boaters, who also have an emergency locator beacon on board.

“You know, the beacon—if I can tell you little bit about it: It was amazing going to ACR, who are the only people in the U.S. that actually make these beacons,” he said. “And, I went and visited their facility, which was amazing, but disheartening too because these beacons have saved 40,000 lives. And, if you’ve been offshore and you’ve been in a boat, you have to realize that a cell phone will cut out. It’s not going to work. A radio, VHF, you know it’s going to work at these emergency times.”

Whether it’s an emergency position indicating radio beacon called an “EPIRB” for short, or a Personal Locator Beacon, it can cost hundreds of dollars—which is why proponents say the vessel registration discount will help.

And, Blu says it also saves the state money because law enforcement won’t have to use too many resources looking for the person.

The 2016 law was set to expire this year. But, under a bill recently signed into law by Governor Rick Scott, it now makes that permanent.

“On December 10, 2016, my son Tim was rescued by the Osceola County Sheriff’s office, and the reason Tim and his friend Billy were rescued was because they had a personal locating beacon, which was a gift from my daughter-in-law to my son the previous Christmas,” Burton said. “This is real life. This saves lives.”

And, Sen. Bobby Powell (D-West Palm Beach)—the bill’s Senate sponsor--says he feels a locator would have helped save the Jupiter boys’ lives.

“Austin and Perry, those two children, those young men have not been found to this day,” he said. “They found the boat, but they didn’t find the bodies. And, I think if they had the indicator, the EPIRB, they probably would have been located more quickly.”

And, making a similar statement on the AustinBlu Foundation's website, Blu—Austin’s father—feels the same way.

“This bill means a lot to me and my family, to the foundation, and to my son, who’s not here,” he said, during the bill's last House committee hearing. “I have put a lot of thought, more than anyone, into what could happen here, and played through my head left and right in what could make a difference, as a father and caring father. And the only thing that could have made a difference that day, in my heart and in mind, to this day, is having a beacon on the boat.”

House Bill Cracks Down On Boating, Driving While Under The Influence

A motorist operating a car or boat could be arrested for driving under the influence, under a measure filed by state Rep. David Silvers, D-West Palm Beach.

Navy To Key West Boaters: Sail Away From The Weapons Bunkers

The image of the liveaboard life in the Keys is free and easy — toss down an anchor and you're home. But there's one location off Key West where the U.S. Navy wants the boats at anchor to move on. Now.

Fleming Key is a small island off Key West with facilities that the public rarely sees, like the city of Key West's sewage treatment plant. And bunkers where the Navy stores weapons and ammunition.

Those bunkers have "explosive safety arcs," or areas that could be blast zones in the case of an accident. Sailing and especially anchoring within those areas is prohibited.