The Republican National Committee vowed to reach out to Hispanic voters after Mitt Romney’s punishing loss in 2012, and party faithful in Florida admit it won’t be easy with Donald Trump at the top of the ticket. 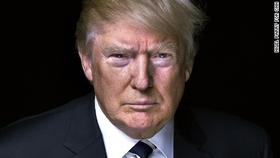 Miami-Dade Republican Chairman Nelson Diaz says winning over Hispanic voters will be a challenge after Trump referred to Mexican immigrants as rapists and vowed to wall off the southern border.

But Diaz says Trump’s message is attractive to many Hispanics who came to this country legally and resent anyone else taking short cuts.

Diaz once worked as a top aide to Marco Rubio, but remained officially neutral during the presidential primary.

Rubio Requiem? Why The Tea Turned For Marco – And Why He'll Be Back

From savior to suspended.

Florida Senator Marco Rubio - whom Time Magazine just a few years ago hailed as the Republican Party's "savior" - suspended his presidential campaign last night after losing his home state’s primary in a devastating landslide to Donald Trump. The political post-mortems on Rubio have begun – and so have the questions about his future.

Workers at the Hallandale Beach Cultural Center said there was a steady flow of voters on Tuesday morning, but by noon just a trickle of people could be found there.

Jarrett Edward Fulton, of Liberty City, came there to repair a van in the parking lot. A Navy veteran, and proud grandfather of 22, he recently voted for Hillary Clinton on his absentee ballot.

He thinks the general election will come down to her and Donald Trump. He says the Republican debates were a turnoff. And he says, Trump isn’t fit to run this country.

The Republican presidential candidates gathered at the University of Miami for its last debate before the Florida primary on Tuesday.

America’s changing relationship with Cuba was part of the discussion at last night’s Republican primary debate.

Donald Trump said he doesn’t agree entirely with President Barack Obama’s diplomatic openings with Cuba, but something needs to change.

Social Media: Where The Internet Takes Control Of The Election

Presidential elections have always sparked conversation around the dinner table and at news stands. Then, with the growth of media, that conversation spread to every screen and speaker imaginable.

Now, the platform for political talk is social media. And it could very well be changing the structure of the campaign as we know it.

On Feb. 9, 26-year-old Carolina Herlle shared this video on her Facebook page:

Trump and Democrat Hillary Clinton were victors in the Florida presidential primary.

Florida was do-or-die for Rubio. Florida's 99 Republican delegates are awarded on a winner-take-all basis.

"While this may not have been the year for an optimistic message, I still remain hopeful and optimistic about America," Rubio told his supporters Tuesday evening.