2014 Midterm Elections
00000173-d94c-dc06-a17f-ddddb4a70000This Election Day, we kept you covered until the polls closed, and even later. We want you to tell us: What issues brought you to vote, or why did you choose not to? We're looking for your comments for this week's Florida Roundup, hashtag #FloridaRoundup.See a recap of Election Night here, and last night's updates from across the state here.Below, read and hear the stories we've produced this year as part of our midterm election coverage.

Republican Pam Bondi has been re-elected as Florida's attorney general.

Voters on Tuesday chose the incumbent Bondi over Democrat George Sheldon. With over half the expected vote counted, Bondi led 55-42 percent.

The 48-year-old Bondi is a close ally of Gov. Rick Scott and is confident Scott will be re-elected. She raised more than $4 million for her re-election. That dwarfed the money raised by Sheldon, a former legislator and Department of Children and Families head.

A former prosecutor, Bondi has focused her work on combating human trafficking and prescription drug abuse. She said she will continue to work on human trafficking along with issues of data breaching, cyberbullying and Medicaid fraud.

Critics say she has focused too intensely on partisan issues in opposing medical marijuana and same-sex marriage.

The attorney general is also a member of Florida's Cabinet, which consists of the governor, chief financial officer and agriculture commissioner.

Associated Press
The Associated Press is one of the largest and most trusted sources of independent newsgathering, supplying a steady stream of news to its members, international subscribers and commercial customers. AP is neither privately owned nor government-funded; instead, it's a not-for-profit news cooperative owned by its American newspaper and broadcast members.
See stories by Associated Press

Carson Cooper
Carson Cooper has become a favorite of WUSF listeners as the host of "Morning Edition" on WUSF 89.7 since he took the job in 2000. Carson has worked in Tampa Bay radio for three decades.
See stories by Carson Cooper 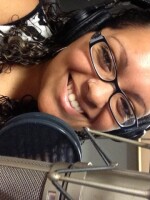