The Traveling Child: How One Miami Family is Using Their Story To Inspire Through Travel

More than 100,000 people are looking at a Miami family’s vacation photos. The Hambricks have been sharing their adventures on social media — in hopes of inspiring other Black families with children to travel.

When Monet Hambrick was pregnant with her first child people told her she'd have to slow things down.

“The first thing people ever told us was, you know, you're not going to be able to travel anymore. And we were just like, I don't think you know us. And we did. I mean, Jordyn was six weeks on her first plane ride,” Hambrick said.

Now their oldest child, Jordyn, is seven years old. Her little sister Kennedy is five — and the family hasn’t stopped traveling.
Hambrick's account The Traveling Child has 142,000 followers and it all started as a suggestion from a friend.

“I actually thought it was dumb at first I was like, why would I do that? People are just going to think, you know, like we're vain or we're trying to show off like oh look at us traveling,” said Hambrick. “But she's like ‘No, there's so many parents who have just been told over and over again, travel now before you have kids, before you get married, once you start a family, like all these things you can't do.’ And she's like, ‘You're doing all those things.’”

The Hambricks’ goal is to show other families — especially other Black families — that traveling with kids is possible.

Monet Hambrick's family is Jamaican and, being a first generation American, she’s had a passport since she was young.

“In high school, I went to Botswana for five weeks and I stayed with the host family for part of that time. And for me, that trip just really sparked my love for travel,” Hambrick said.

Monet's husband James is an only child, and his aunt would always take him on her trips, like to Costa Rica.

Hambrick started The Traveling Child in 2016. In addition to the social media presence and the blog, she is also telling the family’s story in a book series. The first one, called “The Traveling Child goes to Rio de Janeiro,” was released in 2019.

The story is told from Jordyn and Kennedy’s perspectives — based on their trip to Brazil three years ago.

Hambrick thinks white families need to see these images, too — so their children grow up understanding that Black kids are living the same experiences. Otherwise, she says, ignorance leads to racist assumptions.

“Sometimes when we travel and I'm telling people the places we've been, they automatically assume, oh, are you military or are you this you know, there has to be like ... oh, you do this for work. It can't be just that you're a Black family traveling,” Hambrick said.

Earlier this year, the travel advertising agency MMYG Global found that more than half of U.S. Black travelers are more likely to visit a destination if they see Black people represented in travel ads.

“Representation is so important,” Hambrick said.

She says her family isn’t rich. She and her husband have made sacrifices so they could travel.

“For us, that was cable, that was eating out all the time, making sure my husband and I were bringing our lunch to work. I stopped driving to work when I was working in downtown Miami, and I took the commuter bus,” Hambrick said.

Additionally, they look for deals. The Hambrick family recently scored round-trip tickets from Miami to Tokyo for $209.

Hambrick says if international travel is intimidating, start with exploring closer to home.

“There's so many great places in Florida I feel like are overlooked as well. Like it's more than just Miami and Orlando,” Hambrick said.

Also, it’s more than just fun. Hambrick wants her daughters to learn something from their travels — like how to relate to people from all different backgrounds.

“One time we were on a train from Brussels to Amsterdam, and they speak French there. My kids only speak English. This girl on the train taught them how to play this game. And I don't understand how these kids communicated with each other,” Hambrick said.

But they figured it out, she says, and then played together for the whole four-hour train ride. 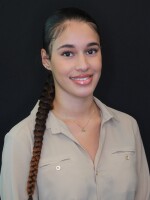