Florida Commissioner of Education Richard Corcoran announced Thursday he is stepping down at the end of April.

In a press release, Corcoran — who turns 57 on March 16 — said he is resigning to return to private life and spend more time with his wife Anne and their six children.

Corcoran was appointed by Gov. Ron DeSantis in December 2018. Prior to that, he served in the Florida House of Representatives representing Pasco County, and was House Speaker from 2016-18.

“Richard has been a champion for students and families, and a great leader of the Department of Education,” DeSantis said in the release. “He is driven by his principles and has never shied away from making the difficult decisions needed to improve the quality of education in Florida.

"During his tenure, both in the House and at the Department, our state has become an education juggernaut and national leader for innovation. We wish him well and thank him for his service.”

Corcoran was also behind an effort to penalize school districts that defied the state's orders against masks mandates in schools.

During the 2022 legislative session, lawmakers also passed measures that forbid instruction on sexual orientation and gender identity in kindergarten through third grade, as well as replacing the Florida Standards Assessments with a three-times-a-year “progress monitoring system.”

They are also considering legislation that would prohibit critical race theory from being taught in schools, and used in employee training.

Corcoran praised DeSantis, calling him "the right leader at the right time."

“Like the rest of the nation, Florida’s school districts have had to weather some of the greatest difficulties they have ever experienced over the past two years, and I couldn’t think of a better governor to serve,” Corcoran said in the release.

Last year, Corcoran interviewed to become president at Florida State University, but did not make the final cut.

This is a developing story. Stay with WUSF for updates. 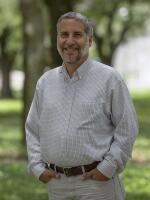