Curious About County Questions On The November Ballot? Here's Everything To Know About Referenda In South Florida

There are plenty of things competing for voters’ attention on the Nov. 3 general election ballot, but there also will be countywide referenda that voters will decide this election. There are three questions that all Miami-Dade residents will vote on, and two questions across Broward County.

There is plenty competing for voters’ attention on the Nov. 3 general election ballot including a local mayoral contest, six statewide amendments, school board seats, state and congressional races and, of course, the race for president of the United States. But there also will be some countywide referenda that voters will decide on in this election.

There are three questions that all Miami-Dade residents will vote on, and two questions across Broward County. Depending on where you live, your local municipality may also have some local questions but we’ll be focusing on the countywide referenda here. Monroe and Palm Beach counties don’t have countywide questions on this ballot.

If you want to be sure of what you’ll see at your polling place, or if you haven’t gotten your mail ballot yet, head to the website for your county’s supervisor of elections office and search for the “sample ballot” option. And check our FAQ post for more information.

Now here’s a quick breakdown on the referenda in Broward and Miami-Dade counties.

Approves special law enabling County Administrator to continue serving as ex officio clerk of the County Commission and enabling County to continue serving as auditor and custodian of all County funds, which duties County has performed since 1975 and would otherwise be required to be transferred to the Clerk of Courts in 2025; and authorizing agreement to transfer County recorder duties to the Clerk of Courts before 2025, when such duties would otherwise automatically transfer.

This ballot question is a response to 2018’s Amendment 10, which was approved by voters. That state amendment did several things (like most amendments on that ballot) including eliminating the powers granted to counties to change the duties of certain state positions — including the clerk of courts.

Broward County’s clerk of courts doesn’t currently handle duties like keeping a record of the city’s budget or auditing the county. Commissioners, the county’s finance department, the county auditor and the county administrator handle those duties.

Amendment 10 could change that starting in January 2025 so Broward leaders asked state lawmakers to approve a bill (House Bill 989) in the most recent legislative session that would put this question to voters. The bill passed and was signed into law by Gov. Ron DeSantis.

So essentially, the county is asking for all of the above mentioned duties to remain the same as they are now — and to be handled by the same officials — except for the duties of the county recorder being transitioned to the clerk of courts.

Allowing the county’s current organizational structure to remain in place where the county commission, county administrator, county auditor and the county’s finance department all handle duties like keeping a record of the city’s budget and auditing the county. And transitioning the duties of the county recorder to the clerk of courts.

Supporting an eventual change where the county’s clerk of courts handles duties like keeping a record of the city’s finances and being an auditor for the county.

To facilitate implementation of surtax-funded improvements to the countywide transportation system, shall the Broward County Charter be amended to provide that County ordinances regulating the development, including zoning, permitting, construction, operation, or administration, of transportation improvement projects that are (1) on County-owned or County-leased property and (2) funded in whole or in part with proceeds from the transportation surtax approved by the County’s voters in 2018, prevail over conflicting Municipal ordinances?

This charter question is also about supplementing a change approved by voters, in this case a county question that called for a 30-year tax increase meant to help fund transportation projects in Broward County. Voters approved that item in November 2018.

Now the county is proposing an item that would essentially give Broward leaders all control over the zoning, permitting process, building and management of developments funded through the plan. The caveats are that the developments would have to be on county-owned or county-leased property but the proposal would allow Broward’s plans to supersede any existing laws from cities, towns and villages that would potentially stop a development from happening.

It’s not the first time the transportation surtax has intersected with cities. Before the question went to voters, county leaders gave an incentive to municipalities that supported the plan: a promise of at least 10 percent of the proposed $300 million raised through the surtax, if a municipality supported the ballot question.

Supporting an amendment that would give Broward County leaders the ability to plan, develop and manage projects that are funded through the transportation surtax without being stopped by municipal laws or regulations.

Supporting the current laws remaining the same and allowing municipalities to continue enforcing their own zoning laws without being superseded by the county’s plans for the transportation surtax.

Shall the County Charter be amended to create an Independent Office of Inspector General who shall, at a minimum, be empowered to perform investigations, audits, reviews and oversight of County and County-funded contracts, programs, and projects for abuse, waste and mismanagement, and provide Inspector General services to other governmental entities, with such office’s appointment, term, powers, duties and responsibilities to be further established by Ordinance?

This item is relatively procedural and would allow for the creation of an independent inspector general’s office in the Miami-Dade County home rule charter — which is sort of comparable to Florida statues or the U.S. Constitution but for Miami-Dade County.

The office already exists via Miami-Dade law but this vote would formally add it to the charter under section 9, which also mandates a county commission auditor position. Additionally, by adding the position to the charter, it would require that any change or removal of the position would have to be done through another referendum as any amendments to the home rule charter require voter input.

Supporting an addition to the county’s home rule charter that would create an independent office of the inspector general beyond its current existence via county ordinance.

Supporting the office’s current existence via county law and not supporting its addition to a new separate section of the county’s home rule charter.

Shall the Charter be amended to require that when the Mayor or member of the County Commission resigns prospectively to run for another office the vacancy will be filled by election during the Primary and General Election rather than by appointment or by subsequent Special Election?

As it stands in Miami-Dade County law, a vacancy in the mayor’s position or county commission has to be filled within 30 days after an elected official’s resignation becomes official. The current process calls for the commission to appoint someone to fill the seat or allows them to call for a special election to fill the seat — and that election has to happen within three months from the day the resignation is official.

This would change that process and require the election to fill the vacancy to take place during a primary or general election. For example, if a commissioner stepped down now to run for another office, voters would have to decide on their replacement in 2022 or 2024 — not during a special election.

It’s also worth noting that, under the current system, an appointed replacement serves until the next countywide election while someone voted in through a special election serves the remaining time on the term of that departing elected official.

Supporting a change to the current vacancy process and requiring elections to fill vacancies to happen during a primary or general election.

Supporting the process remaining the same, and allowing the commission to appoint replacements and/or schedule a special election to fill a commission vacancy.

Shall the Charter be amended to require, commencing with the qualifying for and holding of the General Election in 2024, that, contingent on a change to State law, the election of the Sheriff, Property Appraiser, Tax Collector, and Supervisor of Elections be conducted on a nonpartisan basis and that no ballot shall show the party designation of any candidate for those offices?

In 2024, Miami-Dade voters will join other counties in Florida in electing a sheriff, tax collector and supervisor of elections — all positions that are currently appointed by the county mayor. This referendum would make those races and positions all officially nonpartisan which is currently how the elections for countywide positions like mayor, commissioner and property appraiser all currently work (the property appraiser position already currently has that distinction).

Often though, even if the change is made official by voters, party affiliations and politics make their way into nonpartisan races.

And it’s also worth noting that this item includes the language “contingent on a change to state law” because state law currently requires positions like sheriff, tax collector and elections supervisor to be partisan races — as voters in other parts of South Florida know after casting ballots in Democratic and Republican primaries for those positions in places like Broward and Palm Beach counties in August.

Supporting a plan to make upcoming elections for positions like sheriff, tax collector and elections supervisor all nonpartisan races if state law allows for it by 2024.

Supporting the current state requirements that those races remain partisan, and show candidates’ party affiliations, and not supporting Miami-Dade’s proposal.

Curious about the statewide constitutional amendments? Head here to learn more about them. 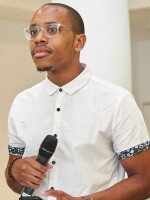