Film fans in South Florida are set to take a big hit with two popular multiplexes — including the landmark Regal South Beach — due to close next month, as the pandemic continues to impact the industry.

The Regal South Beach Stadium 18 movie theater on Lincoln Road and the Shadowood 16 theater in Boca Raton are part of a string of theaters that parent company Cineworld plans on closing in February.

The announcement came less than a month after the beloved Tower Theater in Little Havana closed its doors, after City of Miami officials decided to take management of the venue away from Miami Dade College.

"The pandemic stretched on and on and then when the cinemas finally reopened, there weren't enough movies to fill. [Audiences] got used to staying at home.”

Rene Rodriguez, a former movie critic for the Miami Herald and the manager of the Bill Cosford Cinema at the University of Miami, says the pandemic has impacted theaters across the country.

“The pandemic stretched on and on and then when the cinemas finally reopened, there weren't enough movies to fill,” he said. “The audiences for movies that were not horror movies or superhero movies just kind of disappeared. They got used to staying at home.”

“With the closure of Regal South Beach, you don't have any movie theaters on Miami Beach at all. With the exception of O Cinema South Beach … It's beautiful, but it's a very small boutique theater," he said.

"Other than that, there's nothing in Miami Beach. You’ll have to go all the way up to AMC Aventura or you have to come into Downtown Miami where the Silverspot cinema is."

Regal is the second-largest cinema chain in the United States, with over 500 movie theaters. Cineworld announced that they filed for Chapter 11 bankruptcy in September.

Since then, the company has been looking for ways to save money amid a decline in moviegoers linked to the pandemic and streaming, they say.

In a press release Mooky Greidinger, the company's chief executive officer, said: "The pandemic was an incredibly difficult time for our business, with the enforced closure of cinemas and huge disruption to film schedules that has led us to this point."

In one of their latest bankruptcy filings, the company states, “In the lead up to these chapter 11 cases, the Debtors undertook an extensive analysis of their U.S. lease portfolio as part of formulating a revised, go-forward business plan.

"The objective of that analysis has been, and continues to be, identifying unprofitable, underperforming, or otherwise undesirable theater locations in the United States.”

Cineworld estimates that the move will save them approximately $22 million annually. Both the Regal South Beach Stadium 18 movie theater and the Shadowood 16 theater in Boca Raton are due to close on Feb. 15., along with 37 more nationally. 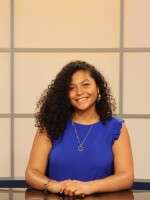