In May, Miami-Dade County Mayor Daniella Levine Cava appointed a chief heat officer. The position is the first of its kind both statewide and nationally. Levine Cava says the role was created due to the rising heat index and its disproportionately adverse effects on marginalized communities in South Florida.

The rising heat index is a part of the overarching issue of climate change in South Florida. Extreme heat affects all Floridians on some level.

WLRN is committed to providing South Florida with trusted news and information. As the pandemic continues, our mission is as vital as ever. Your support makes it possible. Please donate today. Thank you.

Dehydration can lead to kidney dysfunction and an increased risk of detrimental falls. Hotter days lead to hotter nights that impact sleep quality and mental health. Rising temperatures have proven to have especially destructive effects on the general health of children, outside workers, and pregnant women.

Heat index combines air temperature with relative humidity. This means that the relative intensity of the temperature is greatly informed by the amount of shading in an area.

“Areas, particularly of low, moderate-income neighborhoods, tend to have a lower tree canopy, a higher amount of pavement,” Gilbert explained. “The apparent temperatures in those areas can be as much as 15 degrees higher.”

Gilbert is referring to the prevalence of urban heat islands in lower-income areas. It's an urbanization tactic that usually places marginalized socio-economic groups in areas with little to no shading. These neighborhoods also generally consist of homes with outdated air-conditioning units. Gilbert’s task force is working on methods to increase shading and update appliances in these neighborhoods.

Dr. Cheryl Holder is the interim associate dean of diversity, equity, and inclusivity at Florida International University. She says that the adverse effects of extreme heat are directly rooted in Florida’s systemic equity gap and cites discriminatory urbanization as a key issue.

“It’s a socio-economic issue,” Holder said, “because if you could afford to run your A/C all the time, you would. They’re [lower income households] spending a lot on utilities, because of the infrastructure they live in.”

Holder argues that county's efforts must ensure long-term sustainability to make urban planning accessible to all.

“It has to go beyond just replacing A/Cs and giving trees,” Holder explained. “Look at all the factors involved in how you maintain the help for vulnerable populations. Understanding that if we can find better cooling systems, it benefits all of us. So I'm not saying not to do it, but we must do the equitable response.”

Holder and Gilbert maintain that the climate crisis must be thoughtfully considered by Florida residents, especially since the potential for adverse effects of extreme weather will rise as we continue into the summer months. 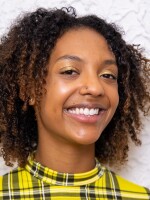