DACA Returns But Some South Florida Immigrants Hesitate to Apply

When President Trump repealed Deferred Action for Childhood Arrivals, or DACA, during his term, many immigrants were left in limbo about their immigration status. Even now that the policy is back, a chilling effect that struck immigrants has not fully dispelled.

On his first day in office, Biden brought back DACA — clearing the way for tens of thousands of immigrants in Florida to remain legally in the United States.

Still, the application process can be mystifying for many, especially those who had been previously turned down for the program.

Andy Moreira, a junior at Florida International University, says he has already been turned down for DACA once, due to a paperwork issue.

Years later, he is applying for DACA once again. Moreira says having protected status will help him seek any job he wants in the United States.

“That would be life changing ... to apply to any company I want to. It is life changing not only for me but for my entire family,” Moreira said.

Moreira says he is using a non-profit called ImmigrationHelp.org to help with his re-application process.

According to the immigration think tank Migration Policy Institute, more than 71,000 immigrants in Florida would be eligible for DACA under its current policy. Yet, only 25,000 have DACA status.

Fernando Urbina is the outreach director with ImmigrationHelp.org. He has a theory about why the gap in recipients exists.

Urbina’s organization is helping immigrants who qualify in South Florida to apply for the program, by approaching the application in a “Turbo Tax” style.

Although he recognizes it can be hard to get help at first, Moreira wants to tell other immigrants who may be hesitant to seek out assistance. 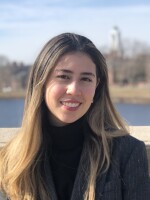 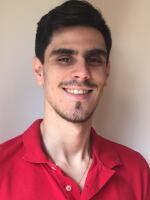