Feid-ing in: Colombia, Latin America are riding a wave of protests — and protest music

This is the second of two reports on a potent new synergy between protests and protest music in Latin America, from Cuba to Colombia, San Juan to Santiago.

The song — a mordant but lyrical hip-hop cry against communist Cuba's human rights and economic miseries — was written and recorded by several Cuban singers, and it helped fuel unprecedented anti-government protests on the island this year. Those protests in turn helped make “Patria y Vida” an international cultural phenomenon.

But Latin America’s protest music wave — a 21st-century echo of the golden age of liberation songs a half century ago — arguably started in Puerto Rico in 2019. Tracks like "Afilando los Cuchillos,"or Sharpening the Knives, by rappers Bad Bunny, Residente and iLe, helped anti-corruption demonstrators force the resignation of the U.S. territory’s governor.

Countries across the region, like Chile, are feeling the effects of the trend: artist Ana Tijoux, with songs including "Cacerolazo," is credited with helping win voter approval for the draft of a new and more democratic Chilean constitution.

Latin American music experts like Cuban-American singer-songwriter Lilly Blanco in Miami say that synergy between studio musicians and street demonstrators is likely to keep growing in a region where, historically, achieving reform is frustrating at best.

"And when you do that you’re telling them, ‘Keep fighting.’ And you’re giving them the lyrics, the words to use. And it happens to be melodic and it’s just really, really genuine. I think that changes societies for sure.”

One of the most important places where protest music is helping protesters change society is Colombia.

THAT CHIMBITA THING YOU DO

In Colombian slang, "Chimbita" can mean a pretty girl — or anything beautiful.

"Chimbita"is also the title of a song (recorded with Sky Rompiendo) by one of Colombia’s hottest recording artists, Salomón Villada Hoyos — known as Feid.

The song is not political. But this year its streetwise title, at least, has been quoted by Colombians angry about, among other things, a tax increase proposed by their conservative government as people deal with the severe economic hardships of a pandemic.

At one solidarity protest march in New York last May, a Colombian expat held up a sign in Spanish that said: “The only 'chimbita' would be a better government” in Colombia.

In Colombia itself, meanwhile, thousands were taking to the streets in mass demonstrations against the country's epic inequality — and human rights groups say riot police were killing scores of those protesters, including teenagers.

“It was a super sad moment for me," said Feid, who watched the upheaval from Miami, where he now lives.

“I felt naked that moment, but I was like, 'yo, I cannot do nothing.' And I thought that the only way I can do something for my country was raising my voice. That’s the only thing that I know how to do well: create a song describing what’s happening in my country.”

So in his Miami studio one afternoon in May — in a spontaneous burst — he wrote and recorded a short but riveting hip-hop protest song: “SOS Colombia.”

I was like, yo, I cannot do nothing. I can do something for my country by raising my voice, that's what I know how to do well: create a song describing what’s happening in my country.

He posted it on Instagram, and it went viral. It urges Colombia’s government to stop “killing the youth,” and it complains that living in Colombia suddenly "means carrying a cross.”

Feid also implores demonstrators — in particular "las neas," meaning homies or guys from the barrio — not to fire back at police.

The use of that word “neas” is a striking example of working-class Colombian life and lingo in Feid’s music. He told WLRN he wants his songs to sound like the barrio of Medellín (called Buenos Aires) where he grew up.

“I’m always trying to put that Colombian thing, something that people can feel, you know — Just human stuff," he said.

"And I feel so proud of that, because I came from there, I came from the bottom, I came from a super cool 'hood, playing soccer in the streets and everything. And that culture has a super huge spotlight right now.”

Colombia’s barrio culture is in that spotlight largely because of the anti-government street protests, which have been erupting off and on for two years now. That in turn made Feid an especially credible voice for those protests because his verses connect with the grievances inside those tough, working-class neighborhoods.

“The fact that he imbues his music with those colloquialisms of the country is just really powerful, because the uprising is about the immense social and economic disparities in Colombia,” said Carlos Naranjo, head of the expat activist group Colombian Progressives in Miami. It has held rallies here in support of the Colombian protests — one of which Feid took part in this year.

“I mean, it was immense," Naranjo said.

"Y’know, we have megastars that are a little bit timid when it comes to those pronouncements — and here we have a rising new star, a reggaetonero from the barrio saying this type of things.”

What also drives Feid — and his popularity — is what he calls his mission to take reggaeton back to its grittier street roots. To its origins — which can be found in Puerto Rico in the 1990s — and its tradition of telling the stories of Latin American barrio communities.

“I grew up listening to reggaeton of that era," said Feid. "And to go back and do your music in that way, for me, is like a dream.”

Last summer Feid postponed the release of his latest album “Inter Shibuya - La Mafia” because he didn’t think it was right to promote it during the protests in Colombia. Fans were impressed with that decision and rewarded him for it: The reggaeton love ballad from the album — “Si Tú Supieras,” or “If You Knew” — hit No. 1 in Colombia when it was released later in August.

But the protest-and-protest music phenomenon in Colombia and Latin America isn’t just happening across countries — but also across genres.

Popular Colombian singer Adriana Lucia, who’s better known for pop than hip-hop, added her voice this year with a moving anthem called “No Hay una Vida que No Nos Duela” — "There Is No Life Lost Without Pain For Us."

In Latin America right now, there seems to be no protest without protest music. 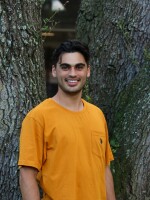